You are currently browsing the BestOfBothWorldsAZ.com blog archives for the day Saturday, May 14th, 2011. 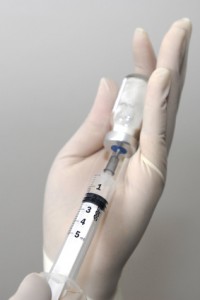 It’s been all over the news, I am referring to the Esthetician who gave her eight year old daughter injections of Botox to treat “wrinkles”. She was motivated to do this to help give her daughter an advantage in pageants. As a mother and an Esthetician myself, I wanted to share my thoughts on this crazy story. It has already been said that she is sending the wrong message to her daughter. Lets face it, that message began with putting an eight year old in a beauty pageant.

Why Does An Eight Year Old Want Botox?

There has been discussion about why an eight year old would ask for Botox in the first place. As an Esthetician I can tell you that at that same age my son knew about many of the things we offer in the beauty industry, just from hearing me talk about it. I even remember him telling me that his teacher needed a blue peel, but for the most part he had no interest in esthetic treatments. I am sure that girls would naturally have a little more interest in esthetic and cosmetic treatments than boys, but certainly not anti-aging treatments. Just to state the obvious… children do not have wrinkles!

Mommy is an Esthetician????

The mother of the little girl is an Esthetician and claims it was her daughter that asked for Botox. As a mother and an Esthetician, I do not see how that justifies her actually injecting her daughter with Botox. My son once asked me to remove his cow lick with laser hair removal. I obviously refused and explained to him that although it would permanently rid him of his cow-lick, he would be left with a bald spot on the back of his head. He said, he would rather have a bald spot than a cow-lick. I promised him that he would feel differently later, and then changed the discussion to the pain involved. Now that he is a teenager, I know he is glad I didn’t honor his request. My first point is that children do not know what is best for them, thats why they have parents. My second point is, Estheticians have a professional responsibility, to educate clients about the benefits and risks of a treatment.

The Worst Esthetician Ever!!!

The little girl said she didn’t like wrinkles. Okay… that is fair, I don’t exactly like them either. I am going to be completely hypothetical for a moment, because I am obviously not in the business of treating or consulting children for cosmetic treatments. If I was consulting with this little girl, I would point out that she doesn’t have wrinkles and I would explain to her that children have a lot of collagen and elastin and that their skin cells turn over very fast. I would also explain that the facial muscles only become strong enough to create lines and wrinkles after many years and she could reconsider Botox in about 20 years. I would teach her that the best way to prevent wrinkles is to use a good sunblock every day. Other things she should do, is eat a healthy diet with a lot of fruits and vegetables, drink plenty of water, get enough sleep and exercise and never start smoking. I might even teach her how to properly cleanse her face, but thats about it. It is irresponsible as a skin professional to provide skin treatments that are unnecessary to anyone. I have to assume that either this esthetician doesn’t understand how the skin functions or has poor ethical and professional standards (or both). She is also working outside the scope of an Esthetic License, the only way she can inject Botox is under the direct supervision of a doctor, in which case the doctor can be held responsible for her actions. She stated that she does the injections her self, and purchases the Botox online. FYI- the internet is not a trusted source. After careful consideration, I am awarding this mom with the title of ” Worst Esthetician Ever”.

I am annoyed that this ridiculous story gives a bad reputation to Estheticians and Botox. The truth is there are “bad” Estheticians, which is why it is so important to find an Esthetician that excels in the field. I have to advocate for Botox, by saying that it is only intended for cosmetic use in consenting adults and in children to treat specifically indicated medical conditions, but not for cosmetic purpose. Botox is only sold to approved doctors, the woman in this case claims to have purchased it on line. As I have said many times before, just because you can buy something on the internet doesn’t mean you should.