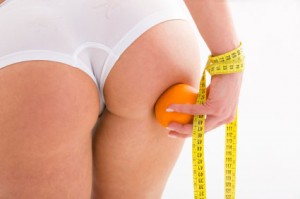 The best way to boost your metabolism is to build muscle and the best way to burn calories is to exercise, but there are some foods and spices that you can add to your diet for a little extra boost. Many of the foods that boost your metabolism do it through a process known as Thermogenesis, which raises body temperature, causing the body to burn more calories. The metabolism boost of food may only be short term, but any boost is better than no boost when you are watching your weight.

Tangerines
Tangerines are a source of citrus flavonoids including the flavanoid nobiletin. Flavonoids help to break down lipid stores in fatty tissue. Tip: add tangerine slices to a glass of water or ice tea for extra flavor and metabolic boost. After you have finished your drink, you can snack on the citrus slices.

Coffee
The caffeine speeds up your heart rate and is a thermogenic which helps your body burn more calories. Caffeine can also increase epinephrine and nor-epinephrine in the body, which can increase metabolism. Tip: Remember that adding sugar and cream to your coffee will add calories.

Green Tea
Green tea works not only because it has caffeine, but because it is also high in EGCG which acts as a thermogenic agent, stimulating your metabolism and increases the hormone CCK (cholecystokinin), which helps you to feel full. Tip:Don’t have your drink room temperature, have your tea either hot or ice cold, the temperature of the drink will increase it’s thermogenic effects.

Ginger
Ginger creates thermogenesis, stimulating metabolism. There has been some research that suggests that ginger may reduce the absorption of fat from the small intestine.Tip: Snack on a piece of crystallized ginger a few times a day or drop one into your tea. It will also help with digestion and nausea .

Chili Peppers
Capsaicin is the active component of chili peppers and it can stimulate thermogenesis, causing the body to burn more calories. Capsaicin also stimulates proteins that break down fat. Tip: Maybe it’s just because I lived in New Mexico but I can add green chili to almost anything, try adding green chili to eggs, stews and vegetables. I make a simple green chili stew, with shredded chicken breasts, several cans a green chili, verde salsa and chicken broth. I prefer fresh roasted green chili, but caned green chili works well because it has the juices. ( I don’t measure, sorry.)

Cayenne Pepper
There is some research that suggests that cayenne causes the adrenal glands to produce the hormone epinephrine (adrenaline) and norepinephrine which can decrease appetite. Cayenne also has Capsaicin which causes Thermogenesis, helping the body to burn more calories. Tip: add cayenne pepper to your favorite low calorie salad dressing for a southwest kick. I add cayenne pepper to Kraft Free Thousand Island dressing (45 calories per serving).

Black Pepper
Black pepper contains piperine, which triggers the brain and the nervous system to boost metabolism. Tip: Pepper is easy to add to most recipes, don’t forget to sprinkle on vegetables and salads.

Vinegar
When taken with a meal vinegar slows digestion of starch helping to lowers blood sugar. A teaspoon of vinegar before meals also sends a message to the brain that it is digesting food, causing you to feel full sooner. Tip: make your own salad dressing with 3 parts extra virgin olive oil and one part white vinegar. Add salt, black pepper and Dijon mustard to taste.

Foods Rich In Omega-3
The Omega-3 fatty acids found in foods like Salmon and walnuts can lower the levels of the hormone, leptin. Lower levels of leptin have been associated with a higher caloric burn. Tip: make your salmon “blackened” the spices will further increase the calorie burning benefit.

Protein Packed Foods
The body burns more calories digesting protein than it does fat or carbs, it also lowers insulin levels. Look for lean protein packed foods like turkey and chicken. Tip: Greek Yogurt is a yummy source of protein, go for the low-fat version for less calories and sprinkle on a little flaxseed to add fiber and Omega-3.

Tags: boost metabolism, burn calories, burn fat, diet, food, thermogenesis, weight loss
This entry was posted on Thursday, August 4th, 2011 at 11:43 am and is filed under Health & Beauty, Yummy Tummy. You can follow any responses to this entry through the RSS 2.0 feed. You can leave a response, or trackback from your own site.